Historic snowfalls in Tenerife:  The peaks of Tenerife suffered their heaviest and most prolonged snowfalls in recent memory at the week-end, although very few people managed to enjoy the white spectacle due to draconian traffic restrictions. 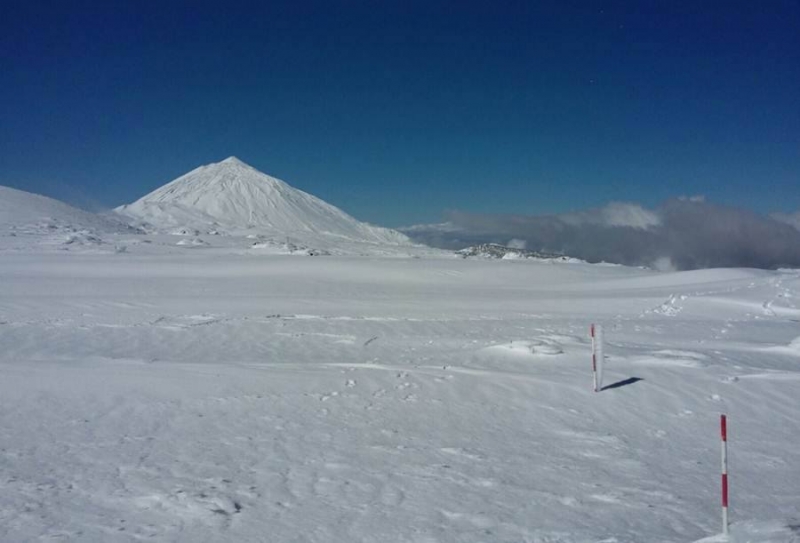 Tenerife – 22.02.2016 – Pictures and videos of the thick blanket of snow that covered the entire Teide National Park made the national headlines, as did the news that the Civil Guard’s Mountain Rescue Unit were forced to take to skis for the first time to negotiate summit roads and trails in search of people thought to have been stranded. The arrival of the snow at the height of the cold snap that hit the island at the end of last week prompted the authorities to close the roads leading up to Mt Teide due to the hazardous conditions and sub-zero temperatures. Dozens of day-trippers who ignored the closures and made their way to the Park, in some cases driving along forest trails, were ordered out of the area by officers and repeated calls were made urging people to stay away to avoid mishaps.