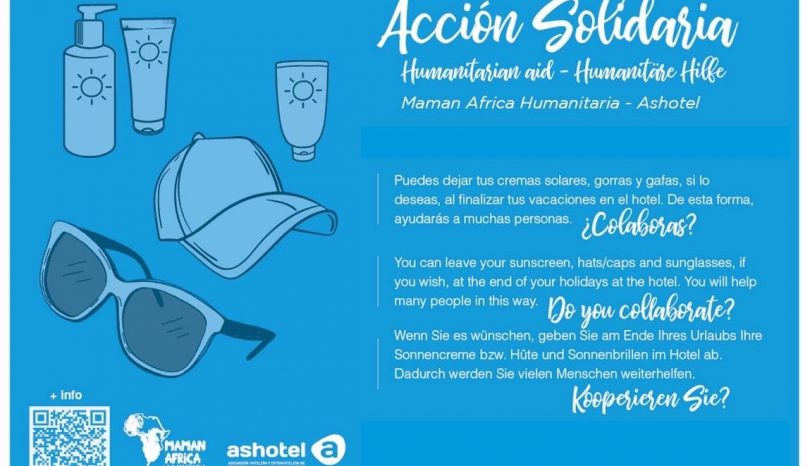 The NGO Maman Africa Humanitaria and Ashotel are collaborating in a campaign to collect sunglasses, caps, hats and sunscreen from the establishments associated with the Tenerife Employers’ association.

Many tourists who visit us leave these items in the hotels and apartments after their stay and do not claim them. We want to collect them from all those establishments that want to collaborate in this campaign to give them a second life.

The recipients of these items are the members of an albino association from Tambacounda, in the East of Senegal, aged between 1 and 50 years old. The high price of some of these products, such as sunglasses and sunscreen, makes it difficult for the local population to have access to them.

Albino people in Africa not only have to face the daily difficulties of living in an environment with many hours of sunshine per year and high temperatures, but also, in many cases, suffer social rejection because of their appearance, as they are considered different from the rest of the population, which limits their possibilities of leading a full life. The president of the association herself, a nurse, has had difficulty finding a job because of her albino condition.

We have established two hotels in the North and South of Tenerife where all the articles collected from the establishments that collaborate in this campaign will be kept:

The NGO will contact them regularly to collect the articles that have been collected from all the participating establishments.

This is an act of solidarity that “costs little, but is worth a lot”, as it can help to improve the li